TOBROCO-GIANT headquarters in in Oisterwijk, the Netherlands, has reached a milestone with the 15,000th GIANT rolling off the production line last week!

This exciting time was celebrated with a special ceremony where founder and owner Toine Brock handed the keys of the 15,000th machine over to Karel Beel, director of Firma Beel. Firma Beel is one of GIANT’s first dealers.

The first GIANT wheel loader was produced in 2001 and since then the demand for GIANT machines has increased rapidly. Because of this demand and the expansion of the range with telescopic loaders and telehandlers, TOBROCO-GIANT produced the 10,000th machine in 2014. In 2016 the company has recorded a seventh consecutive year of annual sales growth as manufactures of GIANT machinery.

This growth was achieved by the introduction of new models such as skid steer loaders and the expansion of its worldwide dealer network.The increased sales have meant a 50% rise in produced machines as last week the 15,000th GIANT rolled off the production line.

We are very proud to be the UK importer of TOBROCO GIANT- The versatile range of (telescopic) wheel loaders, telehandlers, skid steer loaders and attachments makes one of the broadest portfolios in the industry with a total of 36 different models in 40 countries.

Congratulations to TOBROCO GIANT on their great success! We look forward to many more years of working together. 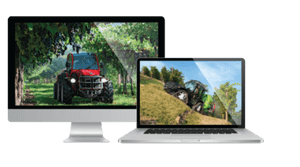 You will be able to view a full range of exciting videos showing all our machines actively working in real life conditions.